The Shakers pursuit of functional value achieved a characteristic simplicity that gave it a beauty far ahead of its time, and a style that nowadays is more modern than ever

Before lifting a tool or taking hold of a needle, Shaker craftsmen and women would first ask themselves 'how useful is the thing that I am about to make?'. This continual emphasis on practical things produced design of great purity, practicality and simplicity that is the essence of Shaker style.

The belief that "Whatever is fashioned, let it be plain and simple and for the good", gave it a beauty and style outside its own time. Distancing themselves from the rest of the world, these people devoted their lives to the worship of God and the pursuit of perfection.

At its peak during the 1850's the  Shaker movement claimed more than 6000 followers, all living in celibate communities in rural America. Originally a breakaway sect from "The Quakers" they derived their name from  the frantic movements that accompanied their worshipping and were known as 'Shaking Quakers'.

These people were determinedly self-sufficient, some worked the fields, while others crafted furniture; some wove rugs in the workshops, while others sewed and stitched clothing. Despite the care and skill, they devoted to their tasks, work for the  Shakers always came second to their faith. It was a way of honouring not themselves, but God. They believed that making something  beautiful for its own sake would divert worship away from God, so any frivolous embellishments were forbidden. Everything they made had to have a purpose and be as plain as possible. Their work, combining form and function, has become the hallmark of good design.

"Whatever is fashioned, let it be plain, simple and for the good"

Because of their isolation, the Shakers had to learn to make a wide range of household necessities and whatever was left over would be sold to neighbouring towns. They became famous for their herbal remedies, but were even more renowned for their impeccably crafted, plain wooden furniture. In their designs, form followed function, reflecting the Shaker belief that 'that which has the highest use possesses the greatest beauty'.

The Shaker sisters are pictured above, working in one of their sewing rooms. Courtesy of The American Museum in Britain, Bath.

The Shakers were immensely practical and inventive. 'Put your hands to work and your hearts to God', they would say. To them we owe inventions such as the wooden clothes peg, the apple corer and tongue-and- groove boarding. They also produced brooms in large numbers, a well-respected tool that could always be found hanging openly from a peg rail in every room in every Shaker home - after all, 'There's no dirt in heaven' - Anne-Lee - founder of the Shakers. 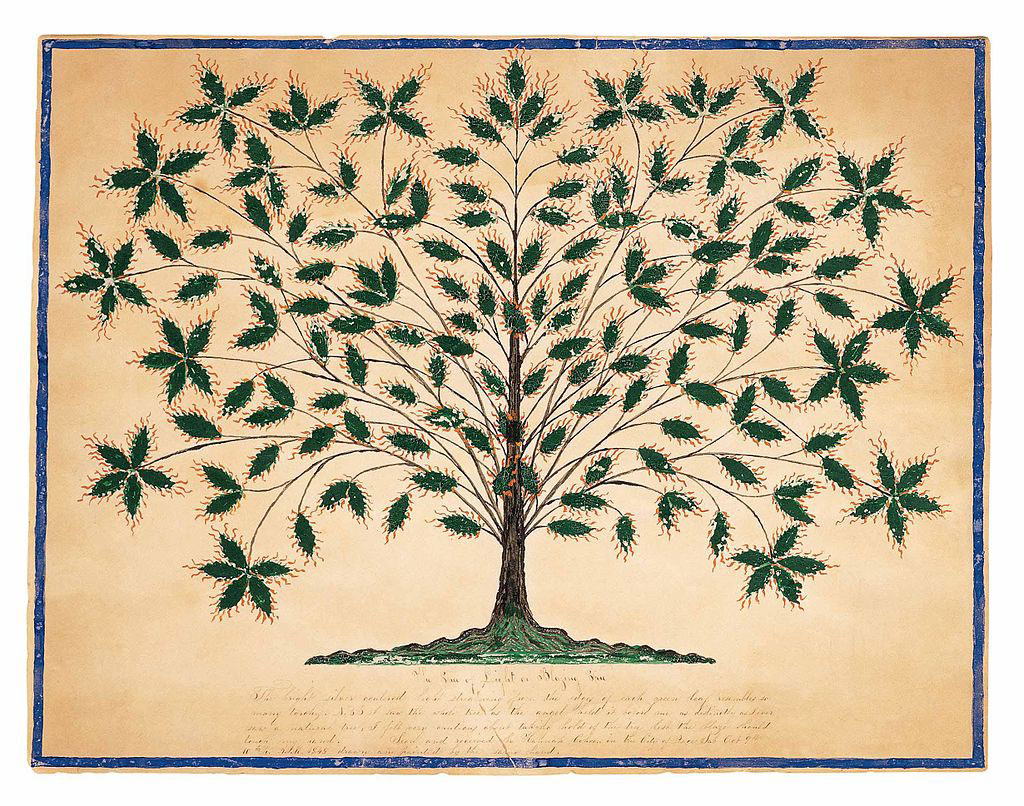