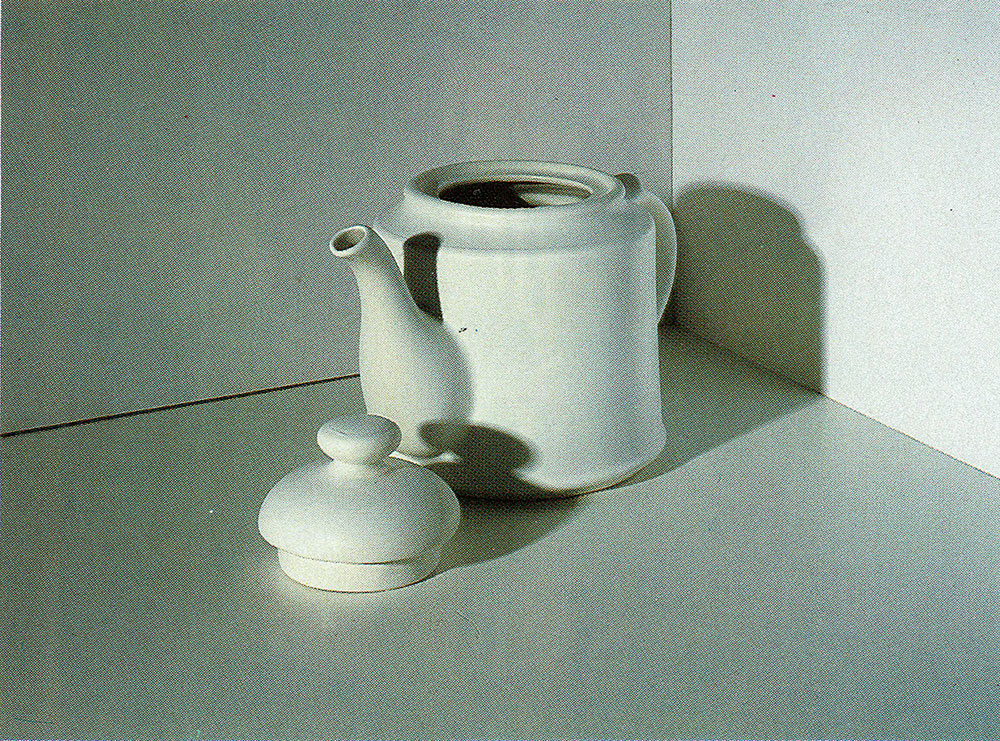 By the creative use of light and shadow in your drawings you can control the mood and atmosphere. This still life arrangement will act as a model for the drawing to show how actual shadows and projected shadows can be separated. (Above).

The tone and its density within a drawing are clearly affected by the amount of light projected on to the subject, the source of which can be natural, artificial or even reflected. Where light does not fall, shadows are formed, on the objects and the surroundings. Actual shadows are the areas on an object that do not have light shining on them directly, while projected shadows are the areas where the light has been blocked out by the objects. Reflected light is thrown from a lighted object on the surface with the effect of creating another source of light. Before producing complicated, finished drawings, a number of experiments altering the light source and its effects need to be made using both natural and artificial light sources.

Landscape artists often create dramatic effects by emphasising the way that the shadows are positioned.

Find a group of objects that are no longer wanted and paint them white. This eliminates the problem of colour. Next take a large cardboard box and cut the sides away leaving a corner in which the objects can be setup.

A number of experiments using different light sources can now be made. Try using candlelight, torchlight, the light from a desk lamp and the different phases of daylight. First, produce a drawing of the shades and shadows on the objects themselves, then add the projected shadows that appear on the objects and their surroundings. Check to see if there is any reflected light as this will also need to be described in the drawing. In order to translate what can be seen into tonal effects a degree of artistic judgement needs to be exercised. For example, if a dark green bottle is being drawn against a dark green background in pencil or charcoal, the two surfaces need to be separated tonally without losing the desired effect or mood.

White objects need some degree of tonal translation which can only be achieved by exploration and experiment. Spend time too exploring the ways in which the use of tonal drawing helps in conveying a sense of the texture and expresses the solidity of the subject. Finding out the degree of tone created by each technique is a useful initial exercise.

Try out the tonal gradation possibilities of the different media before attempting to use them on the drawing.

There are two useful ways of creating interesting tonal effects: first set up your subject matter in a suitable arrangement. Take a sheet of white drawing paper and completely cover it with charcoal. When the surface is dense black, remove the charcoal with a putty rubber and your fingers. In effect the subject is being drawn out of the black charcoal with the rubber. Traditionally, white bread rolled into a soft ball was used as a rubber in this way. This technique allows you to work in negative form, removing the highlights first. The intermediate tones can gradually by established by rubbing away less of the surface charcoal. Working in this way breaks down the inhibitions many artists suffer in making tonal representations. 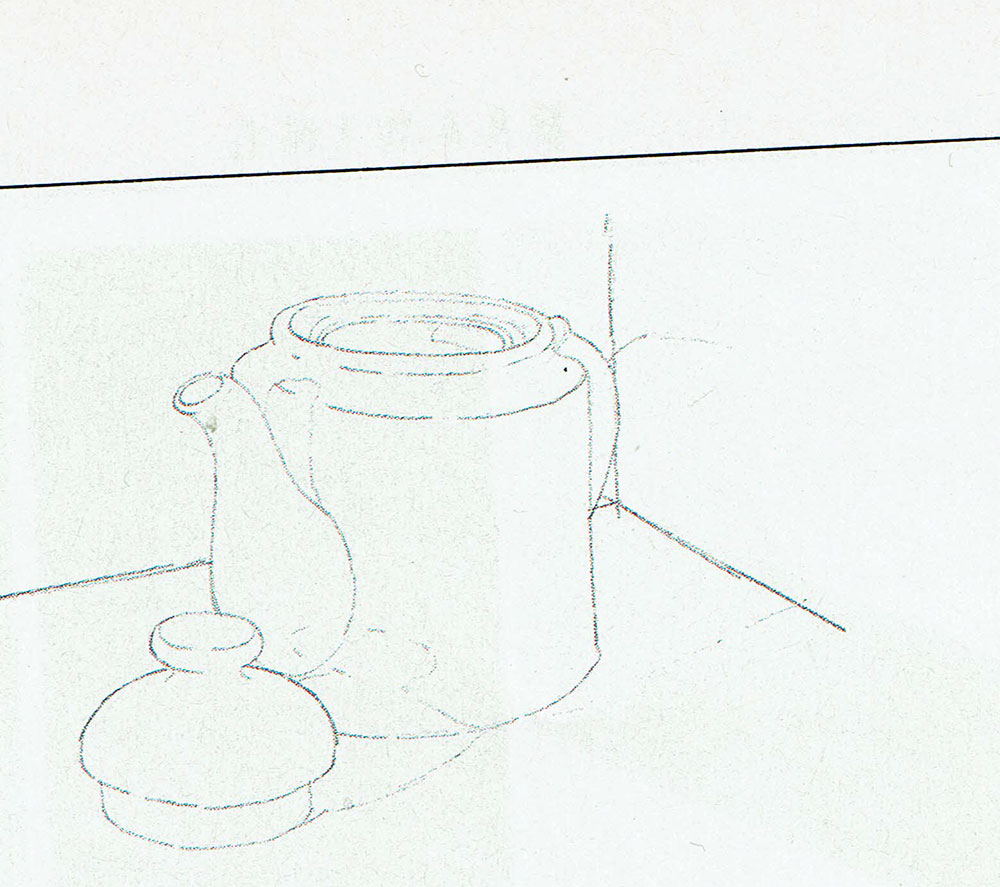 Draw in the proportions of the objects in line, carefully plotting their construction. 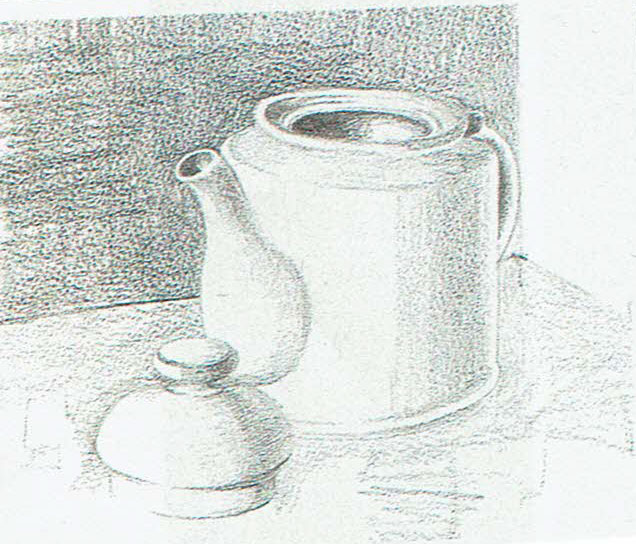 Finally, draw in the projected shadows. This brings the drawing to life, giving it a sense of space and adding to its three-dimensional appearance. 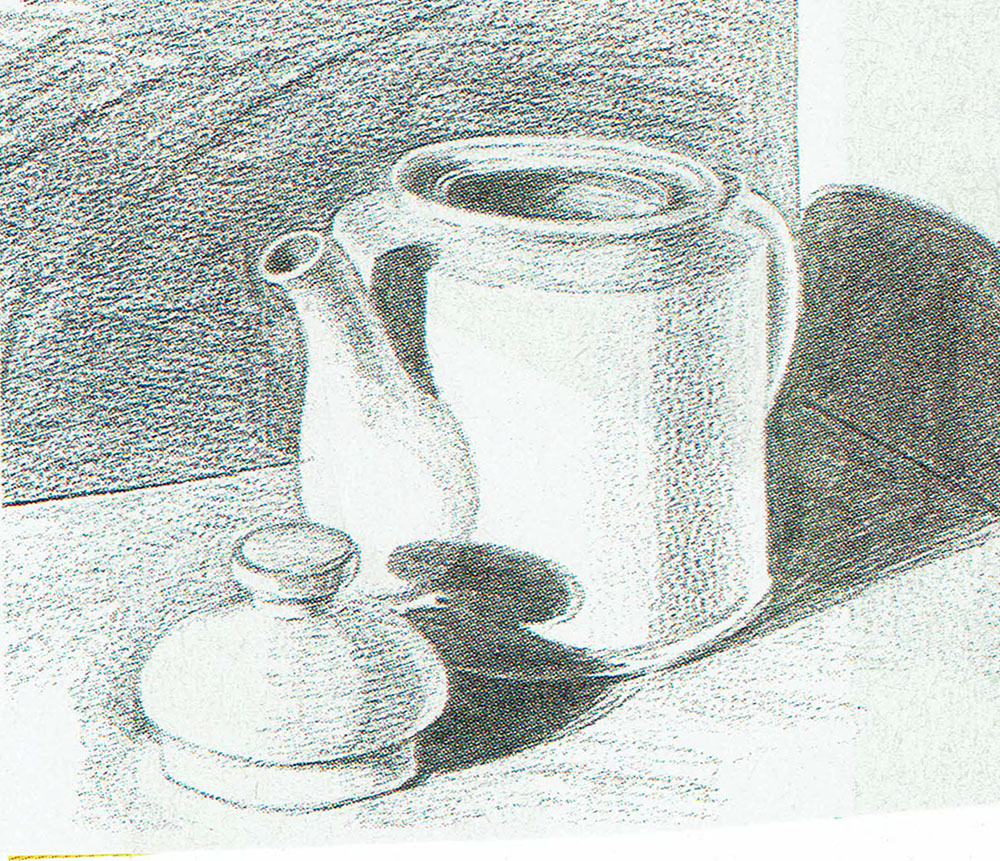 Define the actual shadows and shade in the various tone.

The second idea is similar, but this time the surface of the paper is covered with water soluble ink. With a dish of household bleach and a brush, remove areas of ink to create a reversed tonal drawing. These two techniques are unconventional but useful in gaining confidence and visual awareness.

All drawings and paintings rely on tonal effects for their expression and mood. Sometimes it is possible to affect the composition by the careful arrangement of the light and dark elements. Landscape artists often create dramatic effects by emphasising the way that the shadows are positioned in the work. In your own drawing you will need to experiment by controlling the effects that can be created by the light. For example, an obvious subject to experiment with is the portrait.

Using a mirror and several different light sources you can make a number of different studies. Shine the light directly into the centre of the face. This will create a rather flat image, lacking in contrast. Next place the light to one side. This will give the face a three-dimensional quality. Depending on how high or low the light is place, a soft or a disturbing appearance can be created. Try placing the light over your right shoulder while studying the left side of your face. This should result in a sad and enquiring look. By lighting the face from above, directly on to the forehead, a warm and friendly expression should be achieved.

Before settling down to making a drawing, consider the idea you wish to express in your work. Choose the position to work from carefully along with the subject you intend to draw. When you have established the most convincing arrangement and the lighting serves to create the right mood, you can then consider the medium that will express the theme of the drawing most effectively. My a number of miniature experiments in different methods to evaluate the tonal qualities and how they can be modelled and manipulated to create the visual image to be conveyed. It may be necessary to mix mediums to vary the tonal effects even further.

The first diagram shows a plan view of the subject indicating the actual shadows, while the second describes the projected shadows. 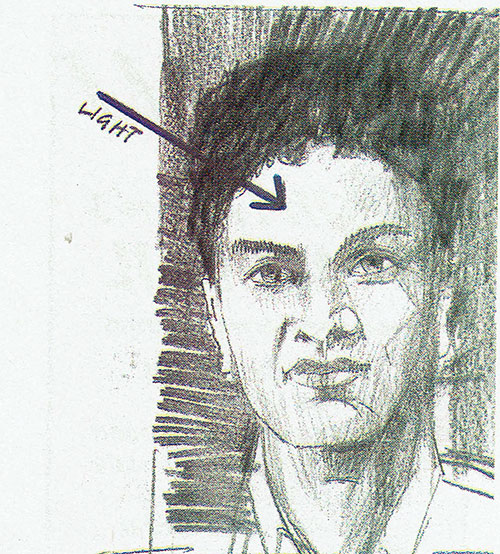 Lit from above and directly on to the forehead, a face has a warmer, softer look. 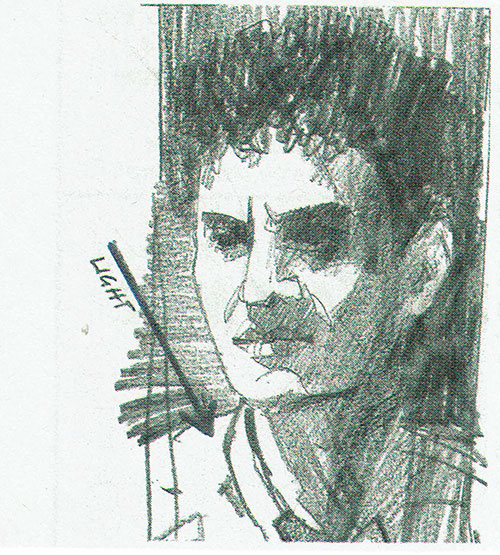 A more mysterious, almost sad expression is created by the light falling from above and to one side. 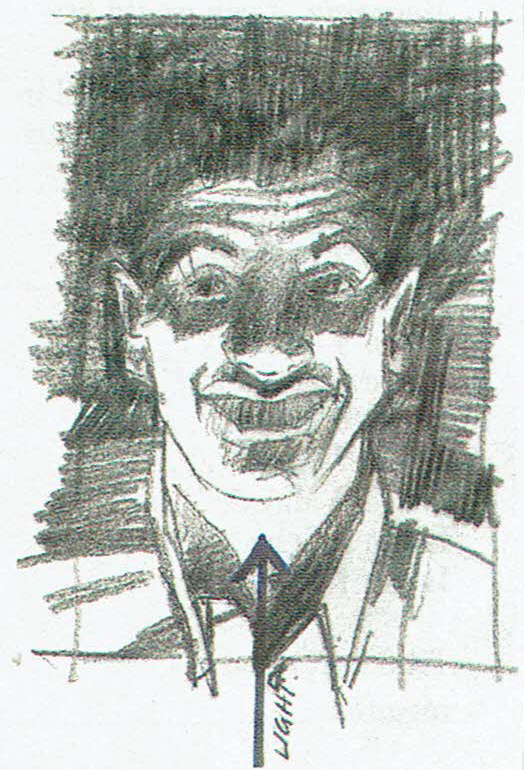 Lighting the face directly from below gives it a strange, almost theatrical appearance. 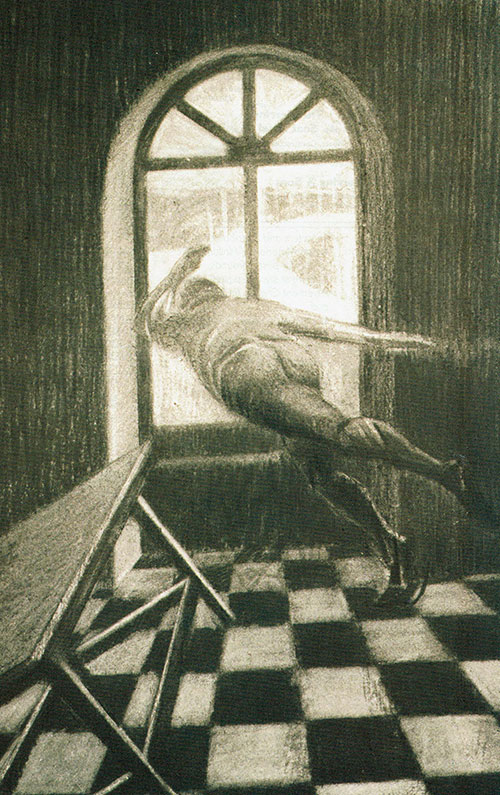 Artist Mike Sheedy made full use of tonal effects in his work. His powerful images relied on his control of light and shade.